THE ALTERNATIVE® represents the newest less-lethal impact munition
available to the law enforcement community, which protects officers and saves lives
in ways that were, until now, not possible with existing options.

Almost every day the public hears about suspects who are shot and killed by police officers when suspects present a lethal threat with a knife, baseball bat, machete, broken glass bottle, etc., or in some cases no weapon at all.

While officers who arrive on scene are never fully aware of what they may encounter, if a suspect has a weapon other than a gun, THE ALTERNATIVE® may provide an efficient and effective solution to resolve the conflict with ample protection for the officer and allow them to safely affect an arrest.

If the suspect complies in these situations, the officer can simply remove THE ALTERNATIVE® and return it to the holster on his/her duty belt for later use.

If the situation escalates and THE ALTERNATIVE® is deployed, the officer’s firearm immediately returns to its normal function and is available for follow up shots, if the threat persists, in accordance with their department's "use of force" policy. 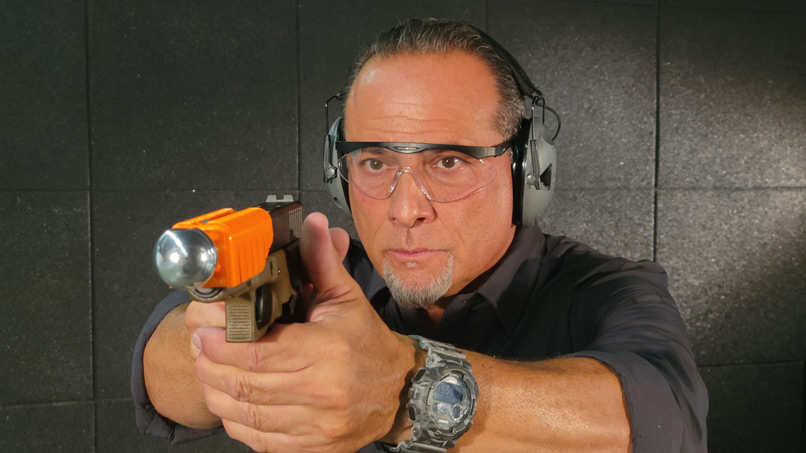 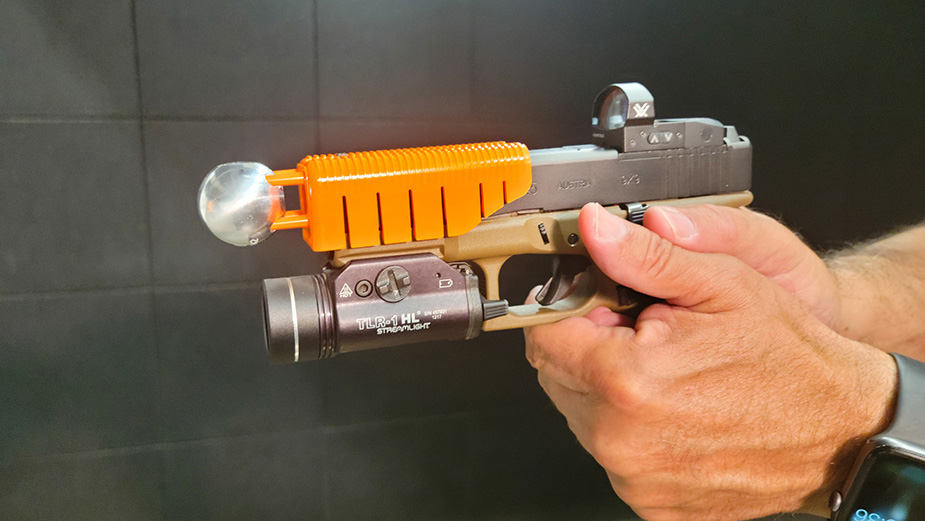 Our executive team comes with diverse backgrounds in law enforcement, operations and marketing. 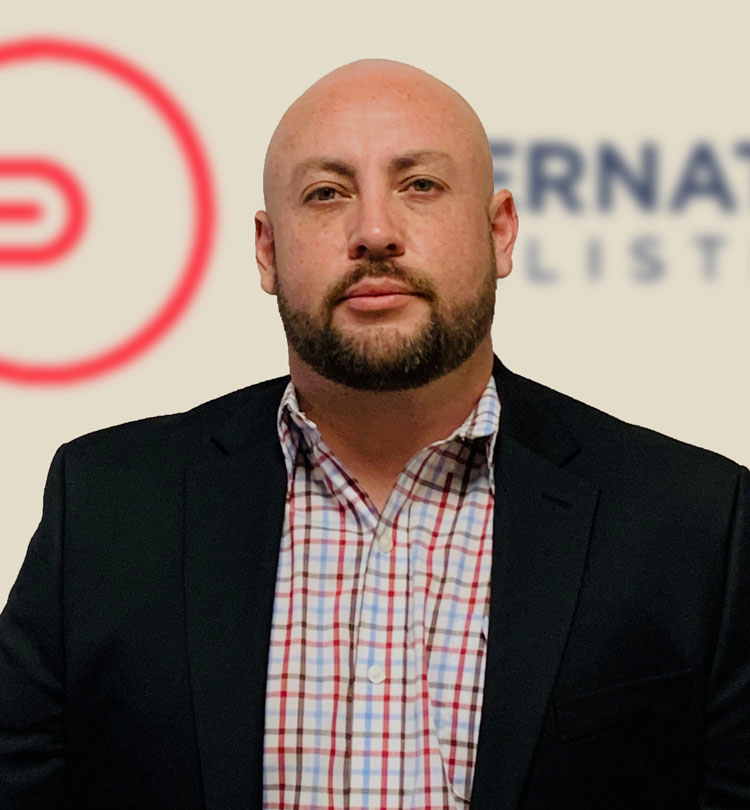 Mr. Luna brings a wide range of business skills to the Alternative Ballistics team from his experience in various sectors of the legal and technology industries and through his time as VP of his own business consulting firm. He began his career in the legal industry working in the investigations division for one of the nation’s leading litigation support companies. In 2011, Mr. Luna transitioned from legal into the marketing tech sector as a regional account executive providing web dev and SEO services for key clients in Los Angeles and Orange County, which was his first exposure into the public markets. A few years later he became Senior Advisor of Investor Relations for a Las Vegas firm, and from there he launched a consultant group with two of his partners, where they focused on business development for private and public entities.

In the short time after joining the AB team last year, Mr. Luna has achieved a number of significant accomplishments, which include the successful reorganization of the company into the newly formed Alternative Ballistics Corp., the assembly of a dynamic team and strategy to fulfill The Alternative® mission, and the commencement of critical initiatives for further testing and terminal effects studies. Coming from a family of police officers, Mr. Luna has always held his support for law enforcement in high regard, and he intends to deliver the company’s technology, an expedient and effective less-lethal option designed with officer safety in mind, to law enforcement agencies across the country. 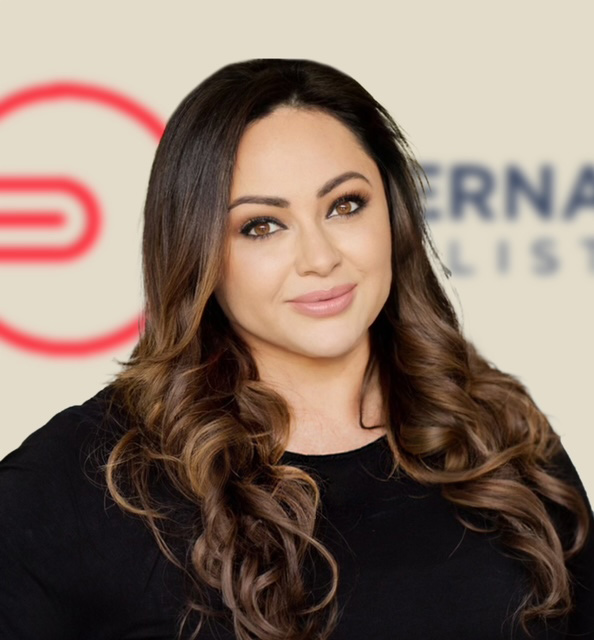 Ms. Luna has an extensive background in business development, operations, organizational growth initiatives, including sales and marketing. She has held multiple C-level positions in her career, most recently she was acting CEO of a publicly traded company in the OTC Markets for the past two years.

In over 20 years of professional experience, Ms. Luna has had the distinct opportunity to be at the helm of multiple management-related positions where her experience and keen business sense have been key in driving significant growth and profitability for the companies she has worked for, in addition to developing and launching initiatives focused on maximizing internal processes and procedures to create a more productive work environment. This experience includes executive and management roles she held for OTC, NASDAQ, Fortune 500, American Red Cross, and some of the nation’s leading service organizations in the private sector including legal, prepaid card, financial, construction, and other service industries. 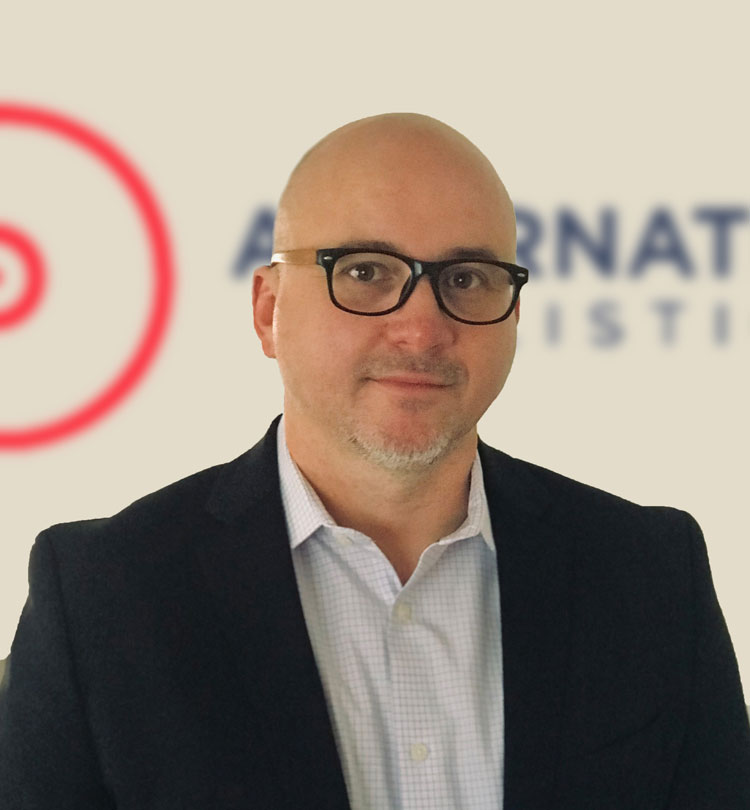 Mr. LeBlanc provides a broad range of professional acumen to the Alternative Ballistics team related to business development, operations, compliance, and consulting skills, which he has built through extensive experience in the legal, fintech, and finance industries. He has successfully built sizable, motivated teams to drive revenue and take multiple products to market across various sectors.

In his role as Alternative Ballistics’ Chief Operations Officer, Mr. LeBlanc works on all aspects of the business, taking a holistic approach to developing strategic positions that enable the company to scale and play to the strengths of each team member, designing a roadmap for the company’s growth and success. He is focused on bringing The Alternative® to market in an efficient and responsible manner with critical initiatives that enhance the training program, testing, and liability/IP protection, in addition to developing marketing and government relations strategies at the federal, state, and local levels. 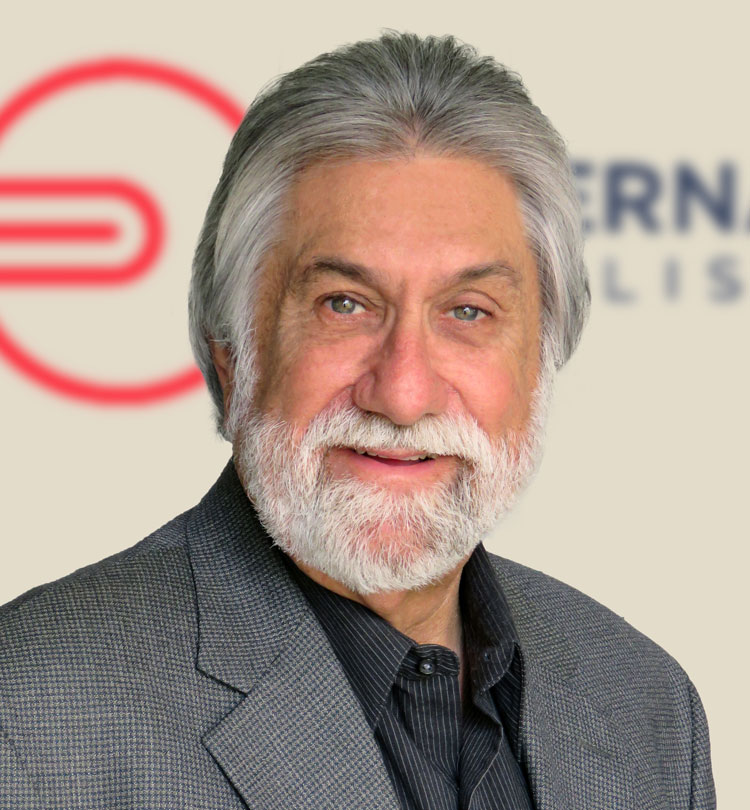 Mr. Rhine brings unique abilities to the Alternative Ballistics team with expertise in three major areas: marketing, advertising and television production. As the former President and Creative Director of California Creative Enterprises, Inc., one of California’s largest privately held advertising agencies, he created, developed and implemented successful media campaigns for the agency’s major clients. During his seven-year tenure with California Creative, Mr. Rhine negotiated and placed over $500 million in ads over radio, television, outdoor and print on behalf of his clients, and he also has extensive experience with producing and directing a variety of programs for pay-per-view, network, and cable television audiences, in addition to television specials and commercials.

Mr. Rhine was the General Partner in Alternative Ballistics’ former Limited Partnership, prior to the Company’s merger and reorganization in 2020 with the newly formed Corporation. His previous position equipped him with valuable ‘tribal knowledge’ of the company’s intellectual property and technology, and in his current role as Product & Marketing Director, Mr. Rhine will implement and oversee all product initiatives, which include managing the direction and relationships with manufacturers and vendors, inventory control and distribution protocols. With regard to marketing objectives, he will continue to develop and produce the artistic and functional content for the company’s various marketing and public relations initiatives, social media campaigns, and training programs. 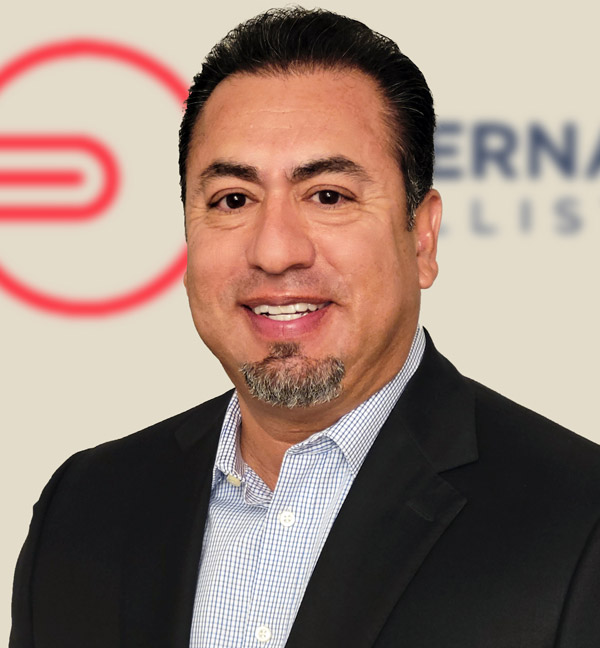 Chief Perez (ret.), a 28-year veteran of the North Las Vegas Police Department, recently completed his honorable and decorated career serving as the city’s top law enforcement leader. Starting as a Patrol Officer in the early 90s, he steadily rose through the ranks to working as a Narcotics Investigator on an FBI Task Force and transitioning to a position with the Joint Terrorism Task Force shortly after 9/11. He continued earning promotions to Sergeant and Lieutenant before graduating from the FBI National Academy #245 in 2011. He became Assistant Chief shortly before settling into his executive leadership role in 2015, as the city’s first Latino Chief of Police, where his accomplishments were significant.

During his time as the city’s top cop, Chief Perez expanded the NLVPD force from 245 officers to 350 sworn officers and oversaw a team of over 150 civilian support staff. He was an innovative public official, who managed financial aspects of the department by securing and monitoring the use of budgetary monies and prepared requests to government agencies to obtain funds for special operations and equipment for the department.

Chief Perez’s success was defined by his ability to bring the community together through action and dialogue. He cultivated inclusiveness, equity, mutual trust, transparency, and respect within the department and with external stakeholders. One of his remarkable achievements was starting the Hispanic Citizen’s Academy to educate Spanish speaking citizens on how law enforcement works, which successfully bridged a stronger relationship between the community and the department.

Chief Perez is widely regarded as one of the most effective chiefs to serve the city of North Las Vegas, and he remains a member of various law enforcement associations, such as the Nevada Sheriffs & Chiefs Association, the International Association of Chiefs of Police, and the Latino Peace Officers Association. He is a current board member of 10,000 Kids and Nevada Child Seekers, two non-profit organizations that focus on community initiatives in Nevada and around the country, which include assisting families and law enforcement in the location of missing children and putting an end to child trafficking.

In his role as Alternative Ballistics’ Strategic Law Enforcement Consultant, Chief Perez will leverage his deep experience as a police officer and public official to help articulate and lend credibility to the company’s mission. He will connect with federal, state, and local law enforcement leaders across the country to share his vision and support of The Alternative®, as an expedient less-lethal device that is accurate and effective in stopping threats at longer ranges and designed with officer safety in mind. 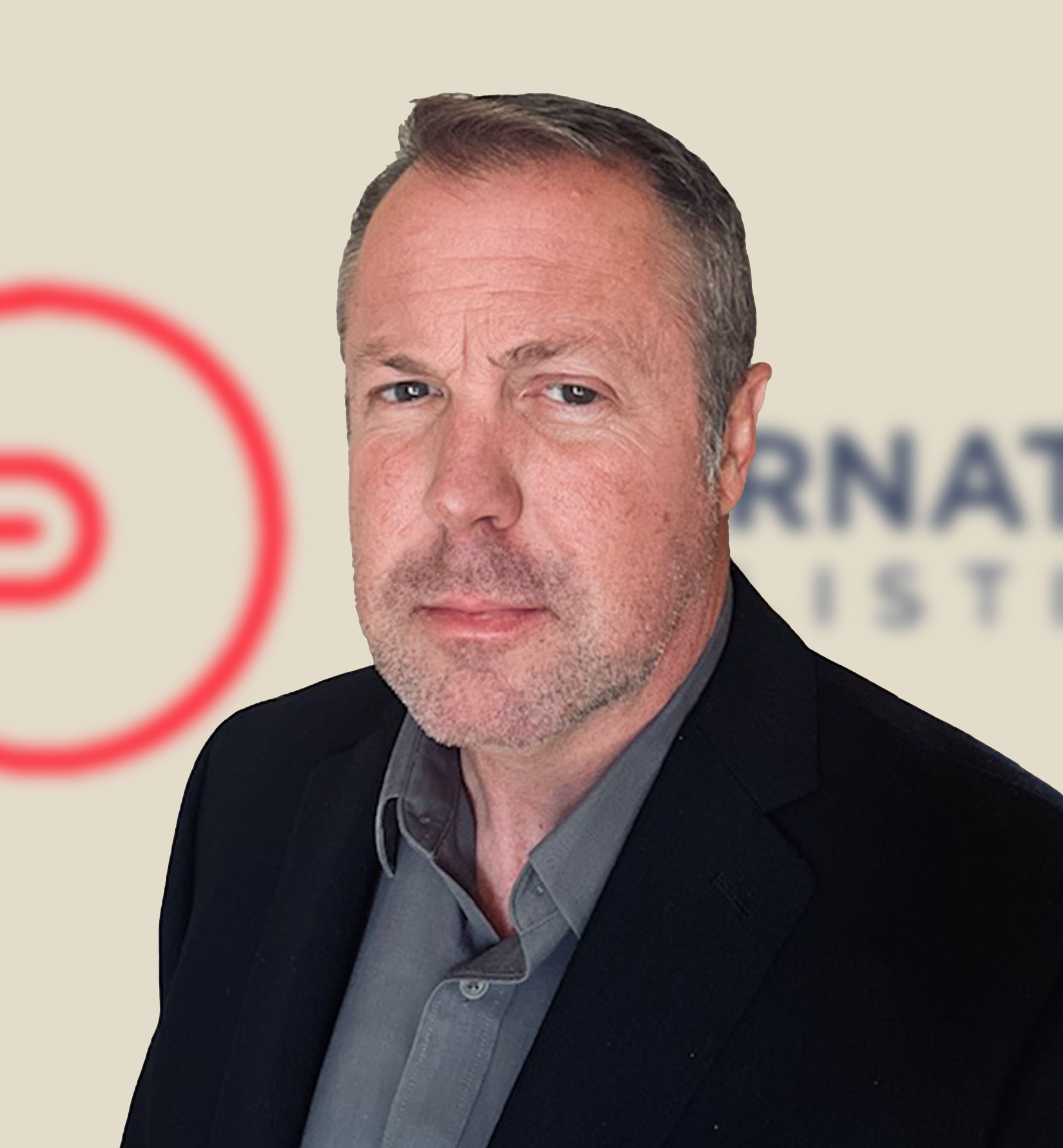 Detective Sprague (retired) served for twenty-four years in law enforcement in Southern Nevada as a State Trooper, Patrol Officer, S.W.A.T. Operator and Detective. He started his career as a Nevada State Trooper in 1998, was trained in Technical Accident Reconstruction and focused on DUI enforcement. In 2000 he was hired by the North Las Vegas Police Department. During his four years as a patrol officer, he was a Field Training Officer (FTO), a POST-Certified Defensive Tactics instructor, an Emergency Vehicle Operations Course (EVOC) instructor, and Pursuit Intervention Technique (PIT) instructor.

In 2005 he was assigned to the Special Operations/S.W.A.T. division where he served ten years. During his time in the division, he conducted street-level narcotics investigations, gang enforcement, supported other divisions within the department and other state, local, and federal agencies in well over a thousand high risk operations comprised of search warrants, barricaded suspects, and hostage rescues.

He was a certified Defense Technology Specialty Impact Munitions, Chemical Munitions, and Light and Sound Distract Device instructor as well as a Pepperball Launcher instructor and armorer. He used less lethal impact weapons operationally many times and has trained many others in their use. He received extensive training in mechanical, ballistic, and explosive breaching operations. He was the primary mechanical or ballistic breacher on hundreds of search warrants and conducted well over 50 operational explosive breaches. He has extensive training and experience working with Police K9 during S.W.A.T. operations.

The Special Operations division was responsible for conducting tactical training for the department including patrol response to critical incidents, building and open area searches, response to active assailants/active shooter events, officer survival, officer and citizen rescues, mobile field force (riot) operations, advanced handgun and patrol rifle tactics, and combat tourniquet application. He created and taught a Breaching Operations for Patrol program to teach officers how to make forced entries during crisis situations. He has trained hundreds of officers in his areas of expertise.

In 2015 He was promoted to Detective. He was initially assigned to the property crimes unit but spent the last five years of his career in the Robbery/Homicide unit where he conducted hundreds of violent crime, suicide, and suspicious death investigations, dozens of homicide investigations, and several officer-involved-shooting investigations. He was a member of the department’s Use of Force Board for six years where he evaluated thousands of uses of force for legality and compliance with the departments’ use of force policies and procedures.

He retired in 2022. His training and experience in many areas of police operations allows Det. Sprague to understand the dynamics of critical incidents and physical arrest procedures where less-lethal weapons can be utilized to mitigate the use of lethal force. He sees the value of The Alternative among the tools available to officers. 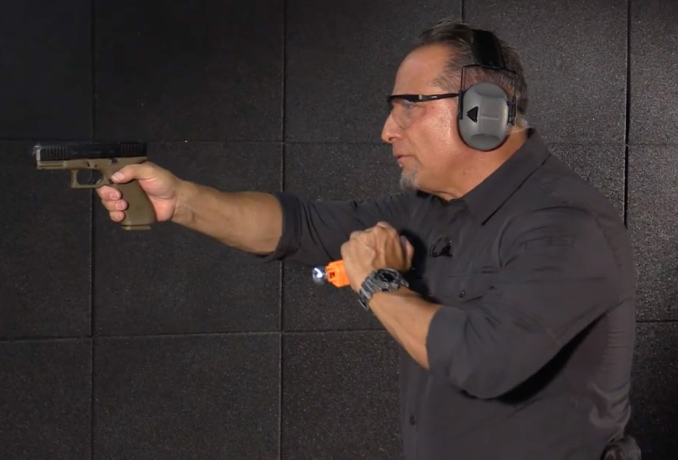 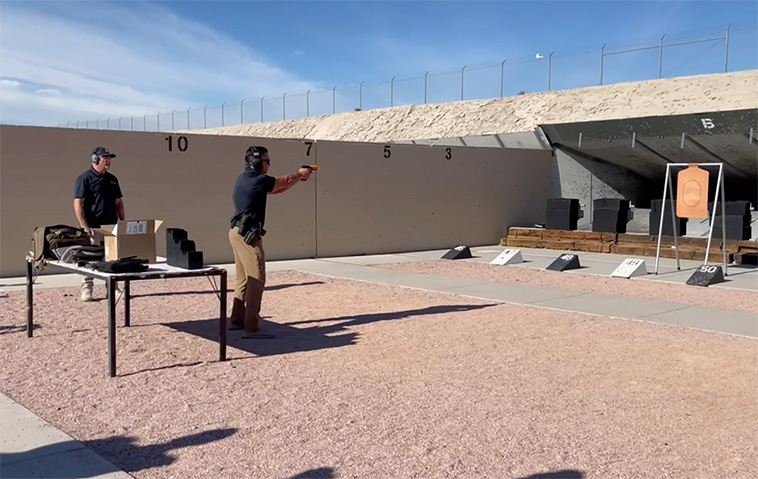 TRAINING WITH THE ALTERNATIVE®

The Alternative Ballistics' Training Program is as important as the technology itself. Our Certification Program, which consists of two main sections, a classroom setting with written exam and a range setting with live-fire qualification standards, was designed by our team of law enforcement professionals and tactical training operators.

Procedures to Mitigate the Risk of Sympathetic Fire & Double-Tap Bursts

Signup and stay up to date with new features, trainings and more from Alternative Ballistics.

Thank you! Your submission has been received!
Oops! Something went wrong while submitting the form.